Sharpstown Mall Change on the Horizon + update on Westheimer Square

Check out my update on the Westheimer Square shopping center and this update on Sharpstown Mall. 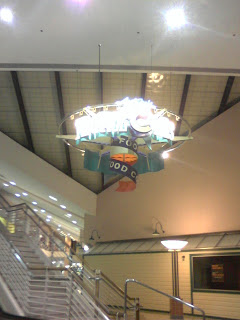 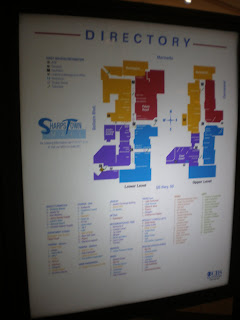 There is change in the air at Sharpstown Mall. The owners are aggressively filling the nearly empty food court with new restaurants. There are four outlets with signs advertising new restaurants coming soon and there is one new restaurant that opened next to the formerly only restaurant in the food court. There are also a couple of new tenants on the first floor since our last visit. An improved food court will help to attract new business to the mall, and this is a step in the right direction. If they can get the empty Macy's building filled or demolished; the mall will really improve. I think that it would be in Sears best interest to swap their land with Macy's and move the store from the Southwest Corporate Center to the mall. Then the corporate center could expand into the Sears site and the development would be complete. The former JCPenney site is much harder to fill and would be better off demolished since the store has been empty for over a decade. I am excited because this mall and the nearly dead Almeda Mall are potentially rebounding. I need to take a trip to the Northwest and San Jacinto Malls to see if those malls are rebounding as well. 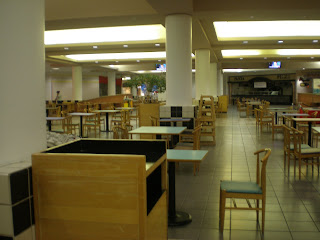 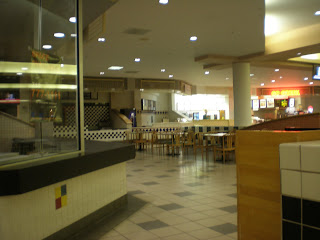 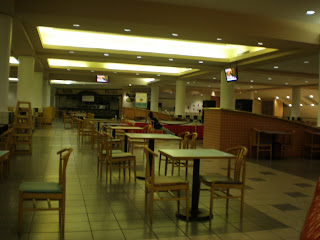 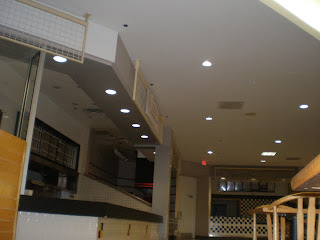 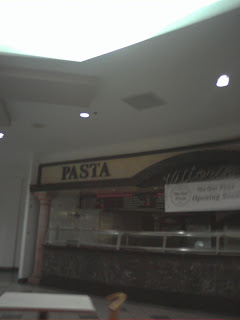 This is a list of some of the stores that graced the mall. JCPenney, DH Holmes (Dillard's), Champs, Kay Bee Toys, Claire's, Bourbon Street Candy Store, GNC, Eckerd's, Picadilly Cafeteria, Spencer's, Dollar Tree, Waldenbooks, B Dalton Books, Things Remembered, Sbarro's Pizza, Chik Fil A, Fun Arcade, and the United Artists Cinema. The Fun Arcade was in the center court and had entrances that led to the food court and the center court of the mall. The Fun Arcade later moved outside of the mall. I think the arcade moved in the renovation in 1993 to make way for the carousel, but I am not 100% sure on that. The renovation was when the food court had the raised seating area removed. There were so many stores that were in this mall over the years, but I can only remember these. I have another video of me and my brother at the mall that will not be uploaded; in 1986 when our parents took us to get a child identification video. The video shows very little of the mall and it is very embarrassing since I was eight years old at the time.

Here is a not to scale basic layout of the mall. 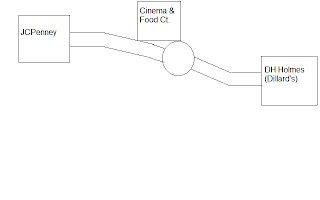 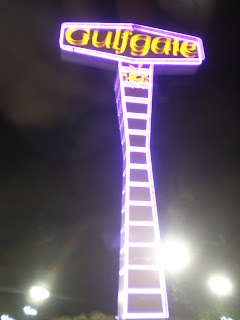 Welcome to the Gulfgate Shopping City. Originally opened in the mid 1950's at the intersection of what is now I-45 and I-610. This center was originally constructed as an open air mall with four anchors; the mall was later enclosed. This mall was very popular for many years, but declined in the early 1990's. One of the reasons for the mall's decline and eventual demise are the numerous amount of malls in southeast Houston. Along a 25 mile stretch of I-45 south there is Gulfgate, Almeda, Baybrook, and Mall of the Mainland. Throw in Pasadena Town Square and the Galleria nearby and this small mall could not compete. The mall was not updated much after the 1980's and had lost two anchors that were never refilled. I only remember Service Merchandise and Dillard's as being open in the 1990's there. There was also a small cinema that was accessible from a footbridge over I-610 that was part of the mall. I visited this mall in 2000 just before it was shut down completely. At this point all of the anchors were closed and only a small section of the mall still had stores in business. Outside of this area a foot locker was all by itself in an empty corridor. Strangely, the hallways were completely open in the empty sections and they made no effort in closing them off. I should have brought a camera with me since the mall is now completely gone. There are many historical photos of this mall available online. Check out the following link for an overview of the site before the mall was enclosed http://www.texasfreeway.com/Houston/historic/photos/images/i45_i610s_undated.jpg . The line of stores from HEB to Anna's Linen's were the first to open in 2004 and the Best Buy section opened in 2008. There is also a Lowe's across the street that is included in the development, but it was not in the original mall footprint. The site is bustling with activity and the new stores do well here. I still wish that they could have revamped the mall because the site is one of the best and most accessible in central Houston.

Here are some of the signs around the shopping center. The two tall signs are updated versions of the original mall signs. The original signs had pink and blue neon and read Gulfgate Shopping City. The bridge in the last picture went to the cinema which has been replaced by a bus terminal. 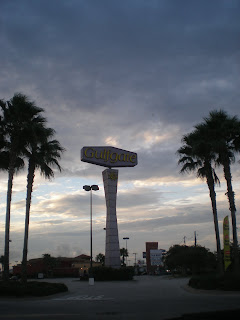 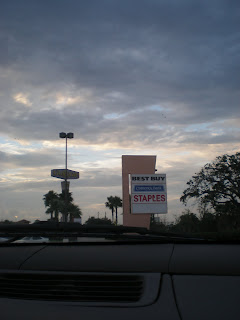 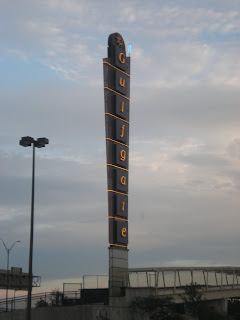 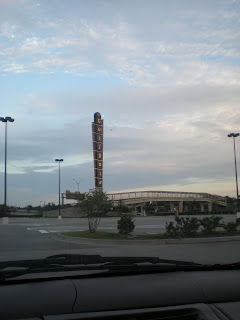 Here are photos of the new development that has been built over the former mall site. 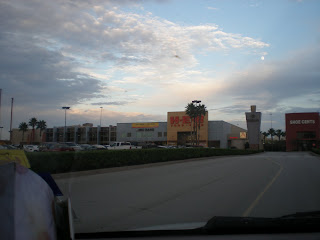 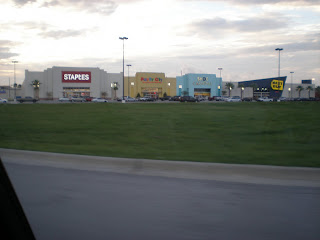 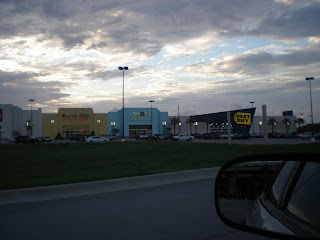 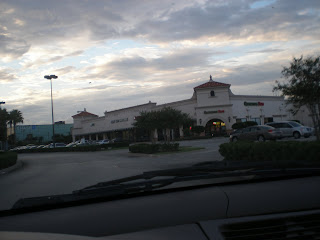 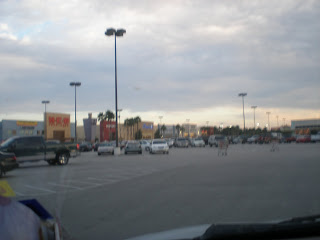 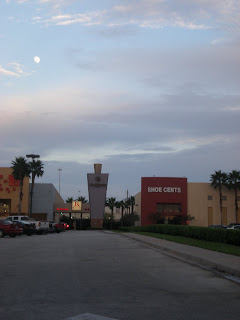 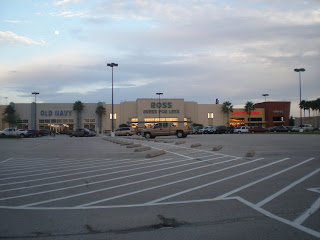 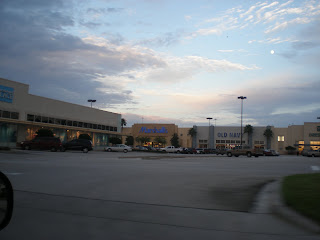 Welcome back to Almeda Mall

Almeda Mall has come back in a big way. Macy's and Burlington are now open and the mall was much busier today than I have seen it for a while. Great news for this once declining area of Houston. 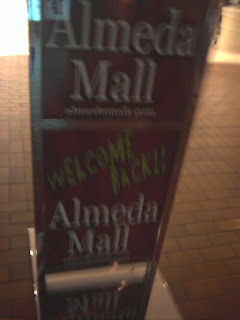 Macy's has re opened and the store has been completely rebuilt. The new design is very similar to the Macy's at Deerbrook Mall that was re built after Hurricane Ike. Macy's invested a ton of money into this store, so they intend to stay. 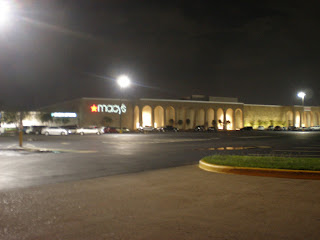 Burlington is now open; the layout of the store is very strange. They took up a little more than 1/2 of the first floor of the old JCPenney and they only re opened one exit door facing I-45. They also only opened up half of the old entrance to leave room for another store to take the remaining space available in the old building. I am very surprised that Burlington did not take all of the space available like they did in Sharpstown Mall. 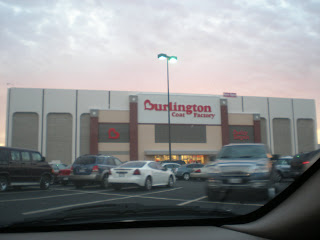 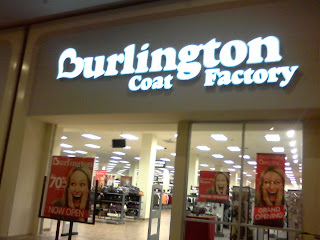 This is a photo of the corridor outside of Burlington. Steve and Barry's was located on the left of this picture. 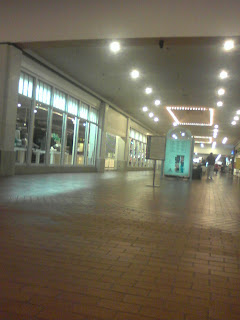 Burlington only took up a little more than a quarter of the old JCPenney building. Here is a labelscar from the former catalog entrance. 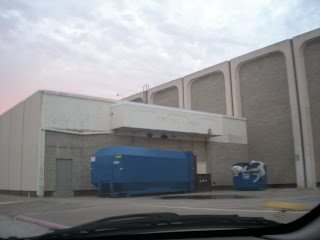 As a bonus.
The boards have been removed from the old Circuit City and the lights are on again. There are no signs advertising the new development yet. 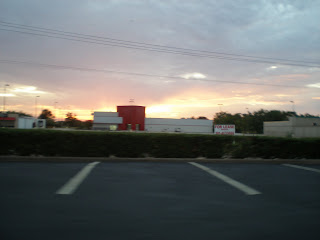