Two posts in one day! Be sure to check out my La Palmera post from earlier today here.

Portland Texas, just outside of Corpus Christi had one of the last Kmart stores in Texas. As of this posting, McAllen has the last remaining Kmart left in the State of Texas. The Portland store was 82,939 square feet and closed in April 2018.

Here are photos from my visit in January 2019. The store looked like it had closed many years ago, but it was less than a year at this point. It really shows that this building was not taken care of when the paint is this faded. 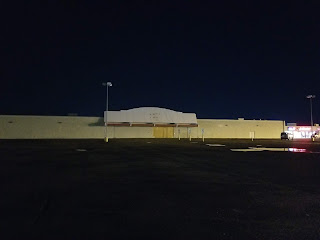 The rest of the shopping center was lively, but the empty Kmart building really stuck out. An Aaron's store is just next door to this building, but tucked back a little bit so it makes this place look really dark. 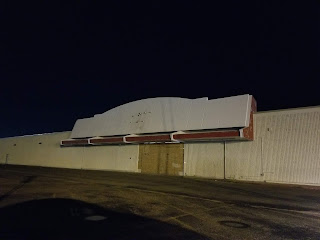 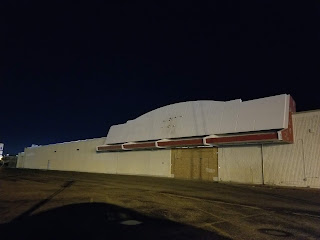 I had to walk around once I pulled up on this building. I found one spot to peek into the store. 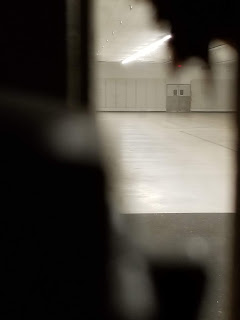 The sidewalk view of the store entrance. 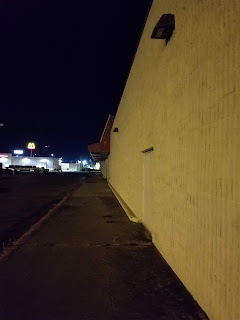 Here is the mall that helped kill off the nearby Sunrise Mall. The mall originally opened as Padre Staples Mall on July 30, 1970, but the name was later changed to La Palmera in 2008. The mall originally opened up with the corridor from JCPenney to Dillard's on one-level. In 1985 in response to the competition from the nearby Sunrise Mall, the second floor was added along with Foley's (now Macy's). Macy's, Dillard's, H&M, and JCPenney are the current anchor stores. Several chain restaurants are also attached to the exterior of the mall. Padre Staples was the second mall in Corpus Christi. The first mall was the Cullen Mall which opened in 1963 and closed in 1995. 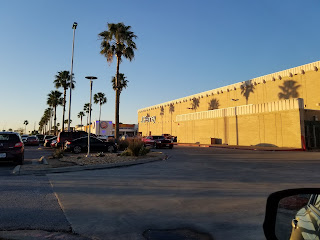 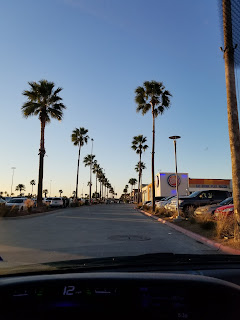 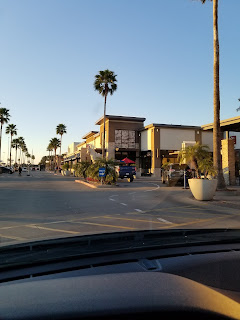 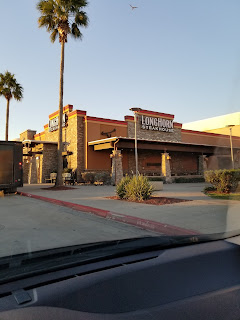 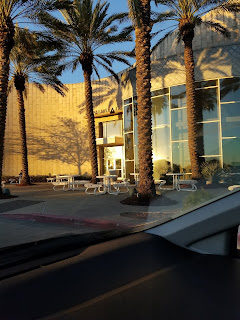 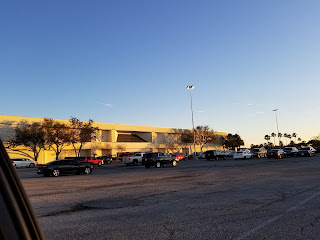 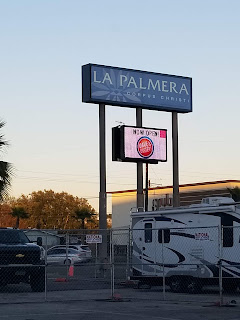 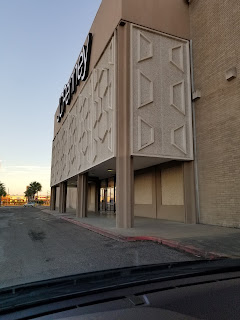 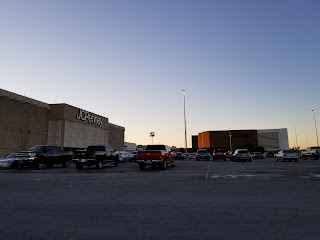 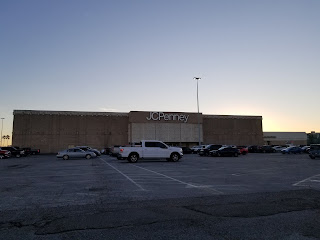 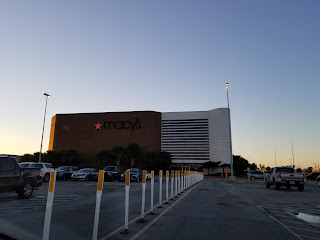 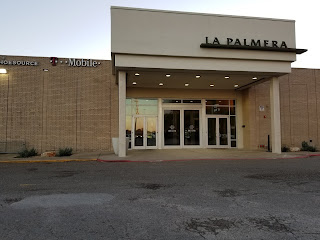 The entrance to the mall from the above door. 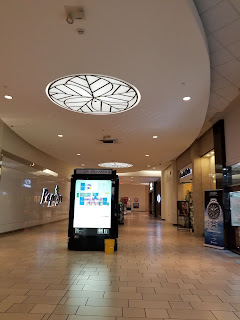 Here is the layout of the mall. If you look to the top left of the directory, you will see the second floor. 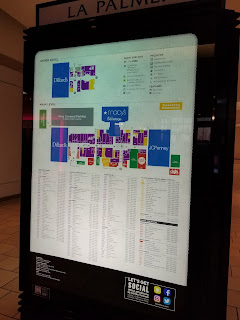 Here is a JCPenney with a rarely seen red sign. 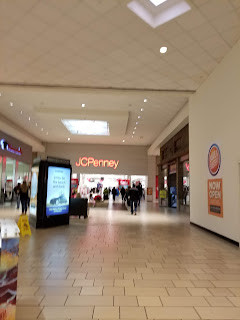 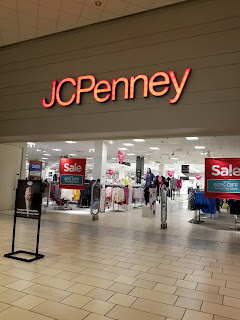 The center court near JCPenney and Macy's has lower ceilings. 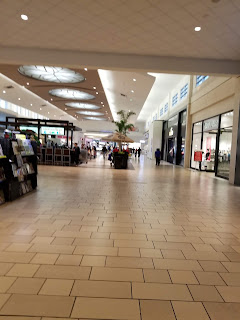 As you get a little more than halfway through the first floor, the second floor appears. You have to wonder why only a part of the mall has a second floor instead of the whole mall. 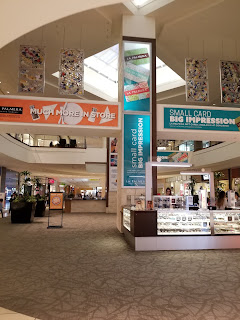 The food court is located a little further to the left on the first floor. 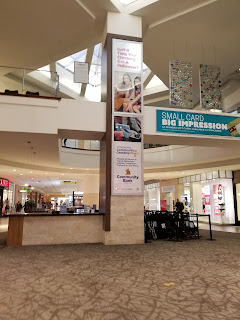 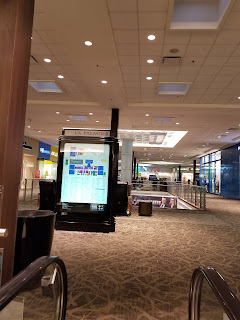 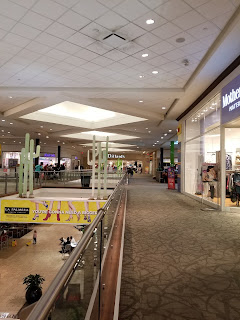 Here is the escalator that ends off the second floor. 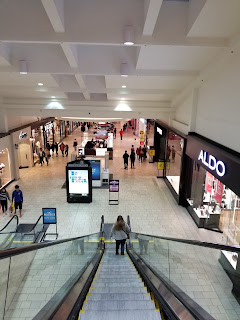 The Macy's corridor is very short. 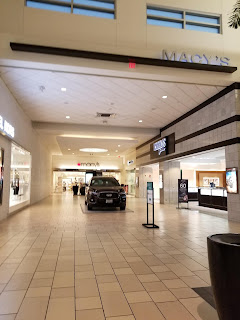 One last look at the center court. 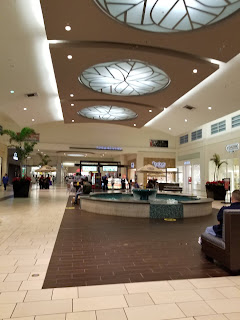 La Palmera is a very unremarkable mall, but it outlasted all area malls. The strength of the anchors kept this mall from going under. The expansion, updates, and name change only strengthened the mall over nearby Sunrise. Even though Sunrise had the 1987 expansion, the majority of the interior was never updated. Sunrise had Sears, Mervyn's, Joske's, Montgomery Ward, and Frost Brothers. Padre Staples has 2 of the original anchors along with Macy's and H&M.

Kmart Portland Texas is next up featured here.