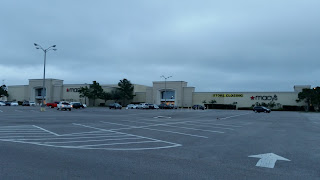 Here is a nice newer former Foleys store that closed in March of 2017. The store was formerly a Montgomery Ward that was extensively remodeled to become a Foleys store which opened in August 2002. The store had a second level that had been closed to the public not long after Macys took the store over.

For more information about the store and how it was built click here. 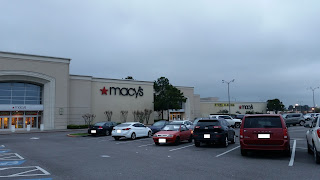 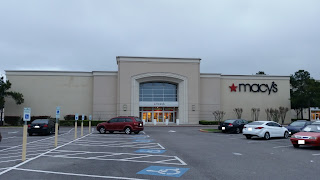 The mall entrance to the store. The neighboring Ashley Furniture is also leaving the mall for a different space. 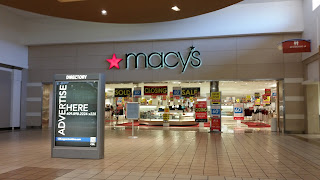 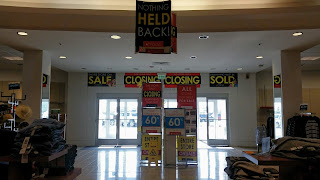 Looking at how nice this store was designed, it is hard to imagine how this store did not perform up to company standards. It did not even last 15 years, in a nearly full mall. The mall is in the main shopping district of town and doing well, why did this store not succeed? 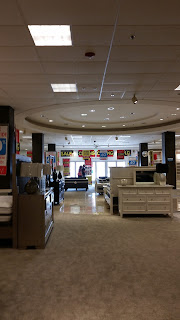 I had only visited this store maybe 5 times while it was open before and after the second floor was closed off. It was a typical Foley's and Macy's store nothing special about it. 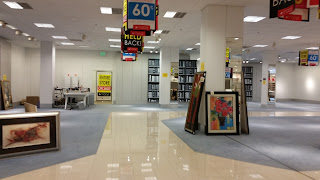 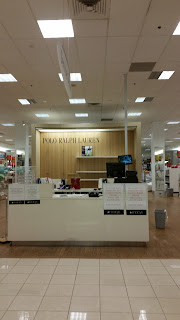 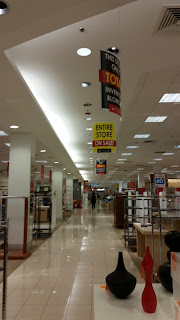 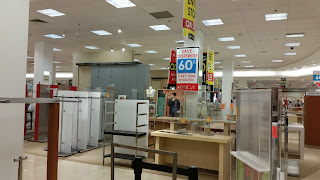 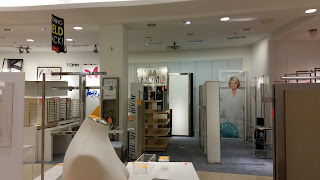 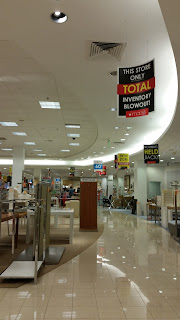 This is like a creepy version of build a bear workshops, build your own mannequin. 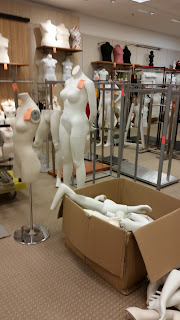 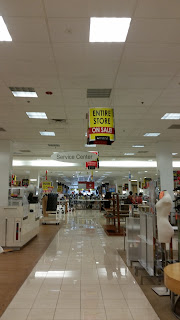 There were a ton of fixtures available at this store. I guess the closed off second floor became a dumping ground for old fixtures. 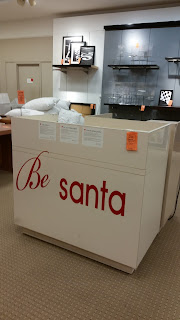 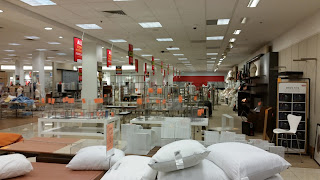 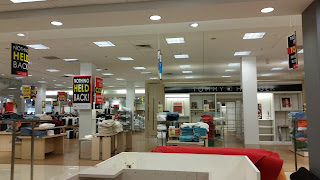 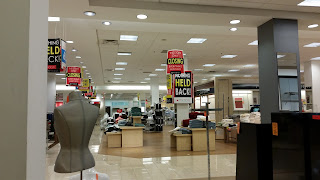 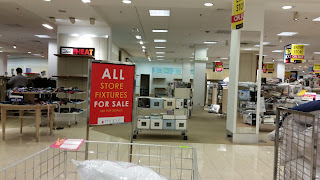 It was hard to get a shot of the closed off second floor, so here is the best I could do. 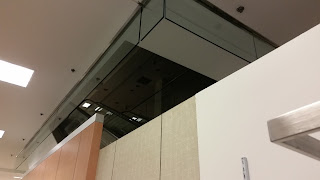 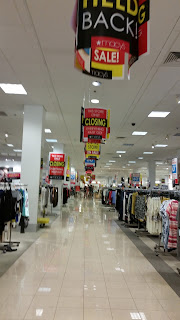 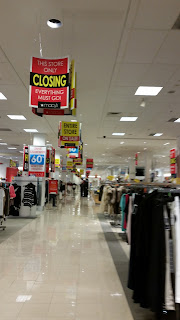 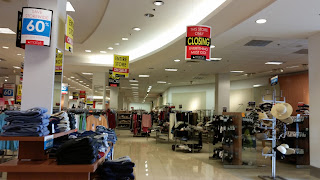 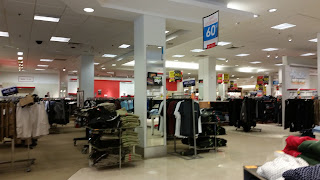 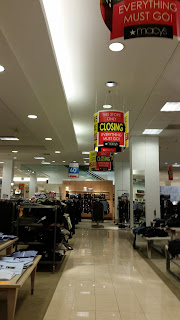 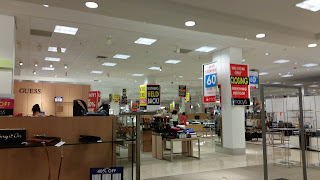 This was just too funny, a couple of mannequins looking like they are talking about something. 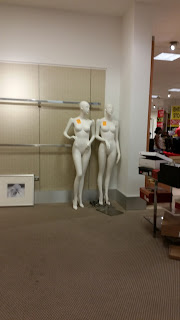 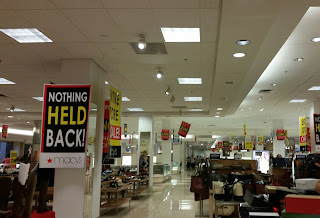 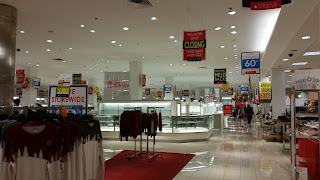 A view of the front cosmetics and jewelry areas at the mall entrance. 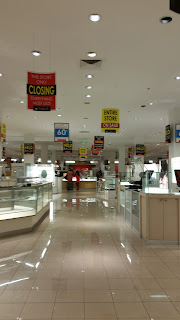