On my way to and from the Mall of Louisiana, I had a chance to stop by a few of the places we have documented over the years to see how things had changed after the brutal 2020 hurricane season. Several months after the hurricanes had passed through the area, lots of damage remains. My heart goes out to the people of Lake Charles who have dealt with 2 hurricanes, 1 major freeze, and a May flood event that dumped more rain than the hurricanes of 2020. Hurricane Laura was the event that got all of the press, but the other 3 weather events added onto an already devastated region. Things are slowly getting back to normal, but so much work needs to be done to help this region get back to normal.
Here is the former Kmart that we extensively covered on the blog all the way up until the closing in September 2018. The building sustained major damage and has an unsure future. The rest of the shopping center is back up and running with empty spaces being renovated.
March 2021 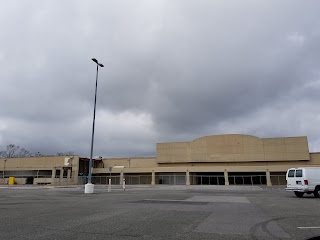 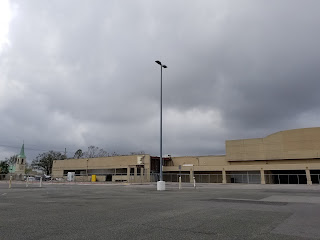 The next photos are what you can see of the interior since the building is wide open. 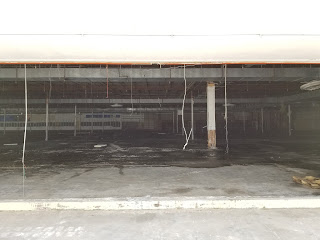 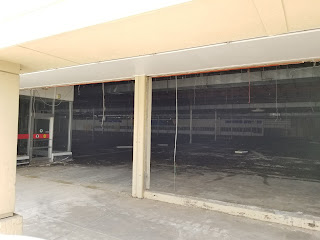 You can see the old electronics department all the way in the back. 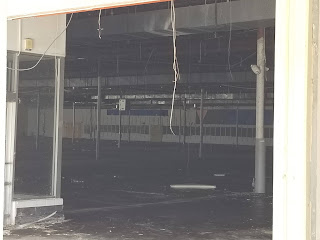 The vents still remain but the structure is heavily damaged. 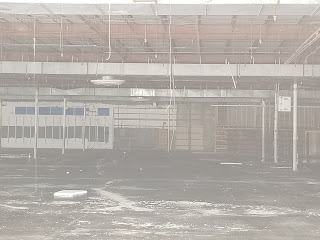 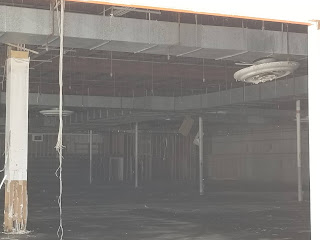 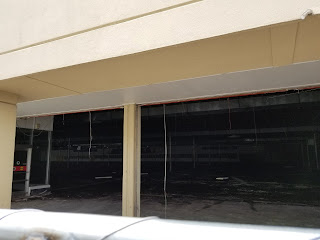 Even more damage on this side of the building, walls broken down. 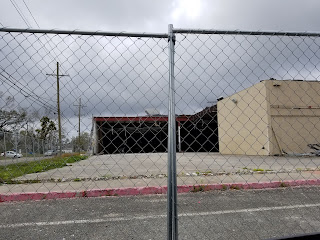 This was the former seasonal and toy department. 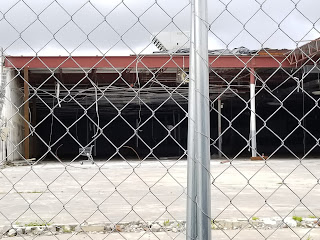 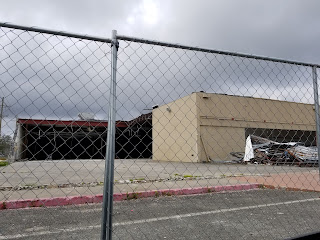 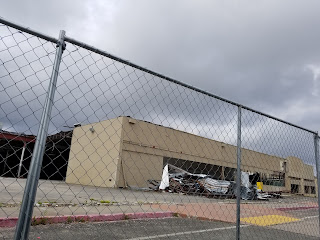 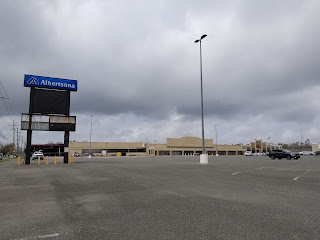 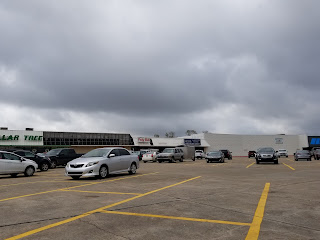 The exterior of the shopping center still had some panels missing, but the signs to the businesses were fixed up. 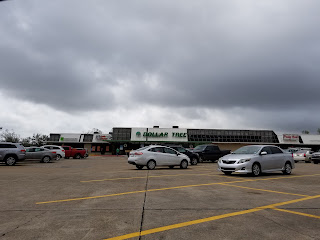 Downtown Lake Charles. The Capital One tower, which sustained major damage is under renovation. 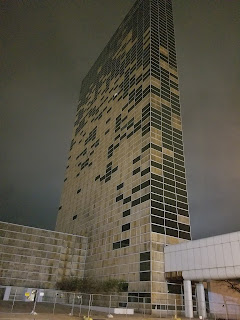 April 2021 night pass by at the former Kmart. 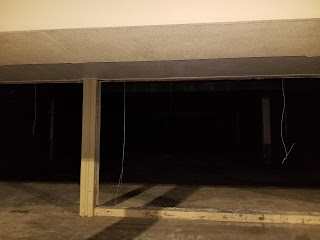 You can get a better feel for the damage to the structure from this photo. Broken concrete, damage to the pillar, and the walls broken through. 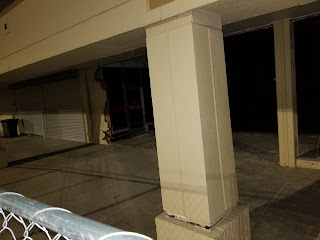 A better view of the garden shop damage. 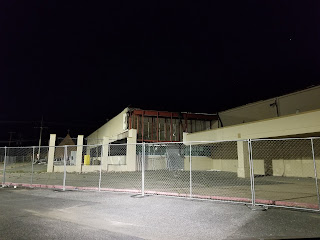 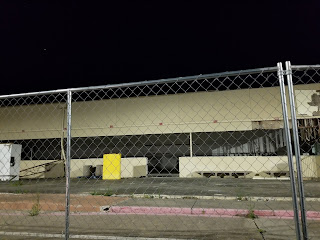 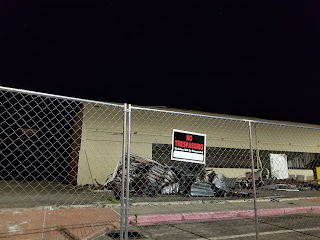 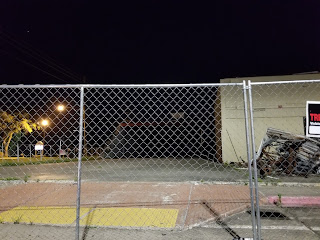 A better view of the side of the store which held the seasonal and toy departments. The street behind the store is sealed off by fencing so we couldn't go back there. 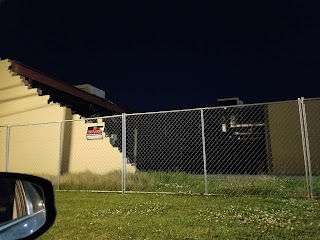