Welcome to the Houston Center. This mall is situated in between the Houston Center buildings and has connections to the neighboring office towers. The mall does brisk lunch business and contains a huge food court. There is also a quizno's on the opposite side of the mall from the food court. This mall was built in the 1980's as an upscale mall called The Park Shops. Many of the high end stores closed and the mall has struggled as a retail destination, but the restaurants do very well. Jos A. Bank, Waldenbook's, Hallmark, Dress Barn, Radio Shack, and various downtown related businesses are the only retail outlets here. The mall also has access to the underground tunnel system of Houston. The mall does not have any true anchors unless you count the Macy's a few blocks away connected by the tunnel. The mall was renovated in 2006 and the name was changed to Houston Center. The mall also opened up some stores on the outside of the mall. When the 2003 Superbowl was held in Houston my wife and I saw Mike Ditka here at the mall doing a live ESPN broadcast on the patio (see photo #2). Security was heavy, so we did not get an autograph. The patio used to have a view of the convention center, but now there is a skyscraper blocking the view. With the Houston Pavilion Center only three blocks away; this mall will have some serious competition. For now they co-exist; the Houston Center is busy in the day, and The Pavilions is going for the night traffic.
The Houston Center is nothing special, but functions as a great place to grab a meal in the day. 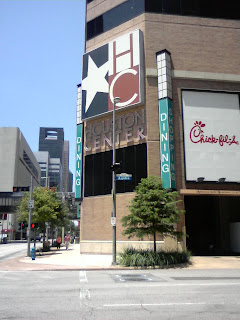 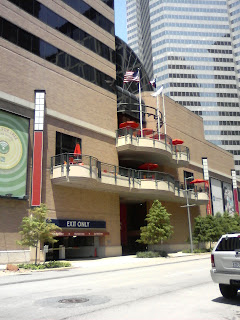 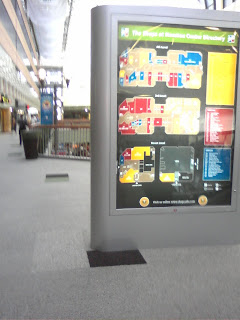 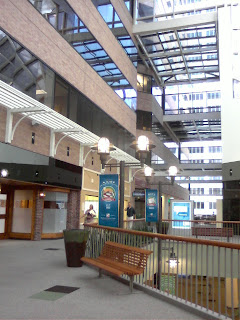