Opened in 1983 and closed June 30, 2004 this was the only completely three story mall in the Houston area and one of my favorites. The mall was located on Beltway 8 near the I-10 interchange. Town and Country Mall was built a mile away from Memorial City Mall to compete as a luxury high end mall. Shortly after the mall opened; both of the freeways nearby began lengthy reconstruction. The mall was very hard to get to and shoppers went elsewhere because of the traffic. The mall began to decline and never recovered from this setback. The anchors were Neiman Marcus (closed 2005), Joske's later Dillard's (closed 2003), JCPenney (closed 2001), and Marshal Fields later Saks Fifth Avenue (closed 2000) were the anchors at this center. I remember going to this mall in the early 1990's with my family a few times and the mall was not crowded at all. The mall at this time did not have many stores on the third level except for the Tilt arcade. All of the anchors had three level access except JCPenney; the third level near JCPenney had a bunch of seats but no restaurants open even in my first visits there. Another uniqueness about the JCPenney was that it was designed exactly the same on the inside as the Belle Promenade JCPenney in Marrero Louisiana. Joske's was bought out by Dillard's and changed over. Dillard's had expanded the store across a significant portion of the third level of the mall. The Saks Fifth Avenue anchor opened as a Marshal Fields and shut down, but was quickly replaced by Saks. Neiman Marcus was a typical store with a clearance center on the third floor. The mall did not have a food court but there were a few fast food outlets on the first and second floors near the center of the mall. Upon my return to Houston in 1999; this mall had suffered tremendously. The mall had roughly 25% of the in line stores in business and the third floor was empty except for a few offices and Tilt. We went to this mall on Black Friday in 2000 and most of the clerks we talked to were making jokes about how dead the mall was. They also were talking about the mall probably closing soon and being demolished. Within three years of our visit; three of the anchors had announced plans to close or just shut down with no notice (Saks). Memorial City Mall expanded and added more space to their mall taking away most of the customer bas of Town and Country. The mall was bought in 2003 with plans to convert the space to other uses, and a renovation began. In late 2003 I took my wife to Town and Country to show her how slow it was. We walked around the mall and by around 8pm that weekday; we noticed that we were the only people left in the mall. We tried to leave but all of the doors were locked. We finally found a janitor and he let us out. My wife was very pregnant at this point, so our misfortune did not please her one bit. The renovation stopped shortly thereafter and then plans of demolishing the mall came out and the mall tenants were given a two month notice to leave. We went to the mall during the last month in business and in the former JCPenney building a company was having an open auction, so I got to check out the store one more time before it was demolished. The mall was down to around ten stores. The mall closed in the summer of 2004 and was demolished while the Neiman Marcus stayed open. Neiman Marcus signed a lease for fifteen years to stay, but closed before the redevelopment of the property began. The Neiman Marcus building was demolished and it is now a Studio Movie Grill. I guess they were able to unload their lease for a hefty price because they have not returned to that location. The parking garages were left intact from the mall but the entire structure has been replaced by a mixed use development called City Centre that opened in 2008. Town homes have been built on top of what was the JCPenney and a lifestyle center was built on the rest of the property. There is also a high rise condo building on the edge of the property facing Beltway 8. The new development is very nice and upscale just as the mall was when it opened, but the new project will have much greater success.

Behind the blanket is the red neon sign from the old mall; you can see the outline of the old logo. One of the parking garages also had the same red neon sign. 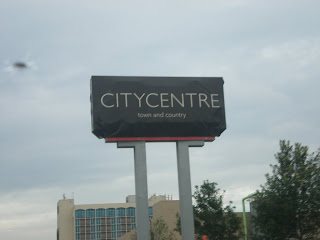 Here is a rudimentary diagram of the layout of this mall; that is not to scale. (Don't laugh!) 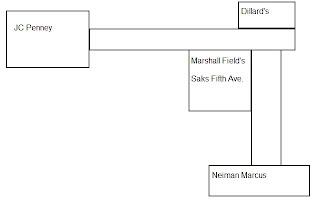 This is the one and only picture that I took of the mall just before it was demolished in 2005. This was the entrance from the Beltway to Dillard's; the former Dillard's is to the right. 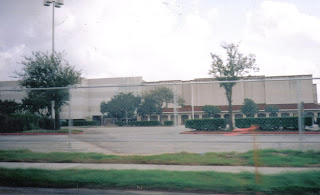 The three parking garages are all that remains of the former mall. Each garage was attached to the mall on each of the three levels, so this mall was huge. 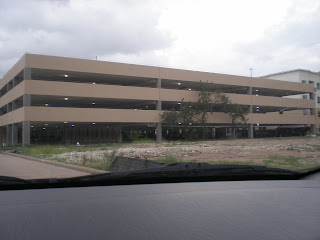 These fountains in the center of the complex are a huge improvement over what was here before. 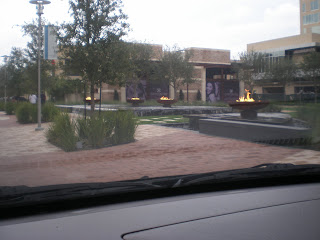 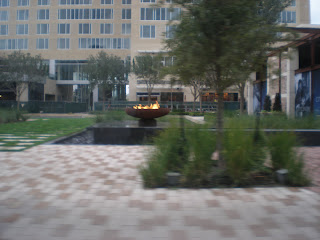 Here are some more pictures of the City Centre development. 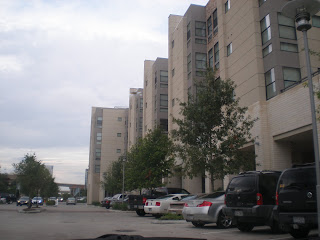 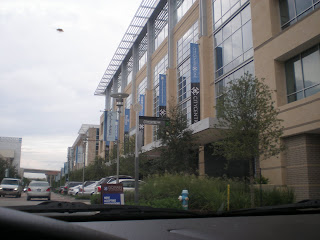 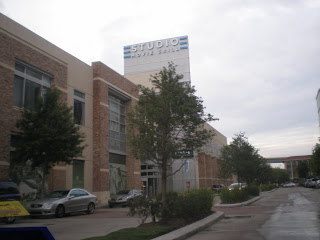 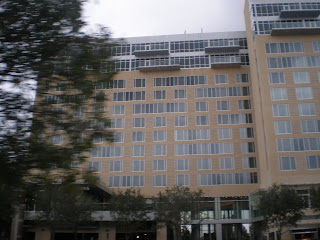 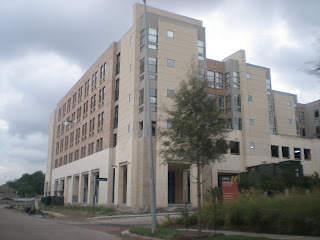 Email ThisBlogThis!Share to TwitterShare to FacebookShare to Pinterest
Labels: Town and Country Mall