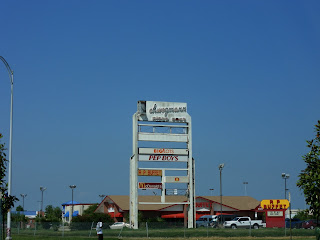 This shopping center at Bullard Rd & I-10 is one of the surprising casualties of the Hurricane. The center was very popular before the Hurricane and at a great location. Only Pep Boys and some of the restaurants have returned to the center. The rest of the center is overgrown with weeds and small trees waiting for a rebirth. Since most of the retail along Read Blvd & I-10 was wiped out by the hurricane I am surprised that this center has not been reopened.

This is the namesake of the shopping center a former Schwegmann supermarket that closed in 1999. This operated as a Sav A Center market until Hurricane Katrina flooded out the site. The back of the center is fenced off to vehicles. 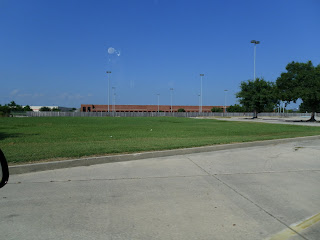 This was where the Big Lots formerly McFrugals operated. There were also some small retail stores in this section of the center. 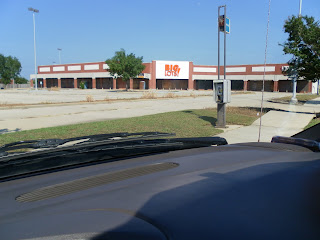 Circuit City closed before the hurricane. 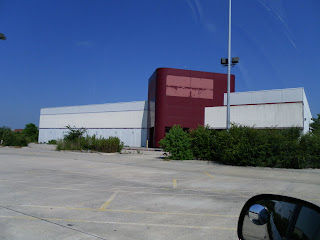 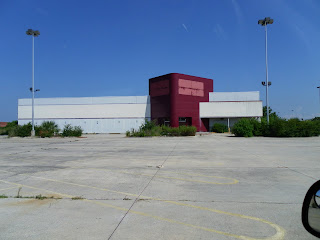 Toy's R Us another casualty of the Hurricane. 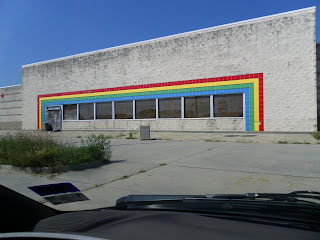 On the outer ring of the center; yet another casualty of Hurricane Katrina the Taco Bell. The Taco Bell was consolidated with the KFC a couple of buildings down saving space. There is also a McDonald's and a buffet on the outer ring that are open. 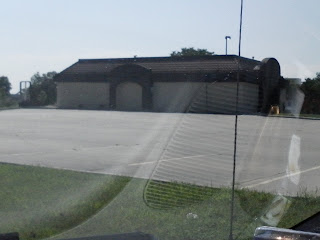 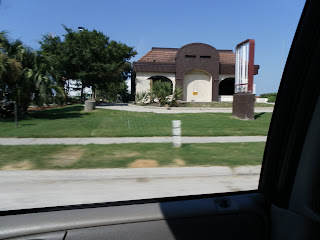