The Deauville Fashion Malls are a short, but interesting story from the Houston area. In the early 1980's Houston was still booming with many malls opening up across town. The Deauville company (formed in 1971) was headed by Thomas Gordon (Gordon Jewelers) opened 3 discount malls in the Houston area in 1984. Another mall was built in Kingwood in 1985-1986 but never opened for business. The malls were located in Webster, Stafford, and Spring. There were also 2 Deauville Shopping Centers, one on I-45 south of Greenspoint Mall and the other on 290 at 34th street. Deauville also proposed malls at the corner of 1960 and I-45, Will Clayton and US 59, Midland Texas, and Austin Texas. The malls quickly fell into trouble and all three were foreclosed on by 1986. Kingwood never opened and sat empty for many years until it was reopened as a medical center. The Deauville Malls opened on Sunday's when Texas Blue Laws were still in place requiring retailers to close on Sunday's. In 1985 the blue laws were repealed and many retailers started opening up on Sunday's. By early 1986 to mall dropped from 80% occupied to 50% occupied by the end of the year and continued to decline.

The Deauville North Fashion Mall at 300,000 square feet was anchored by Designer Depot and Federated. There was also nearby shopping center just across the parking lot to the North with Lowe's Theaters and Builders Square (closed) that is listed as being part of the mall property.

Over 50 stores were advertised in the mall, but I was only able to compile a very short list. If anybody knows of more please leave a comment and I will add it to the list.
Alpha Photo Lab
Antique Plus
Federated
Houseworks
Nursela's Name Brand Shoes
Rudy Carbanzo's Family Camp and Seafood Restaurant
Siegel's Fashion Station
Waterbed Mart 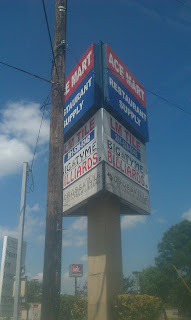 By 1989, the mall interior was over 90% vacant and the name was changed to Spring Village Center. 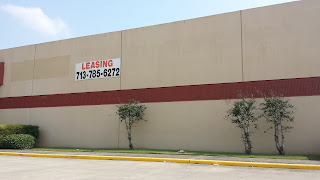 Here are some entrances to the mall that are the same style used in all of the Deauville Malls in the Houston area. 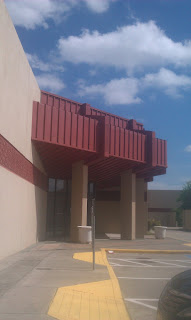 This is the one section of the property that has been modified to a strip shopping center style. 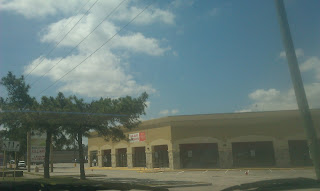 The mall building currently has two tile stores, a church, Big Tyme Billiards, and Ace Mart. The interior mall has been closed since possibly the early 1990's. 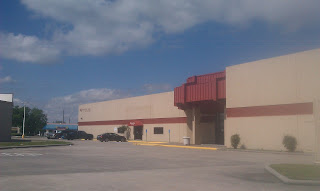 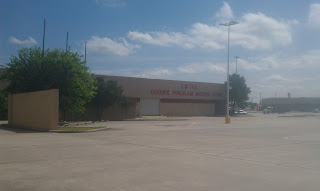 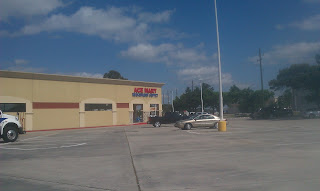 Here is one of the untouched entrances to the former mall just behind Ace Mart. 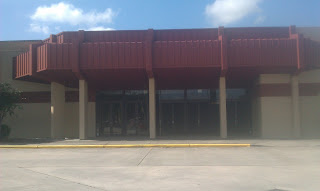 Here is a look through the glass door of a former mall entrance into the mall concourse. The inside mall closed sometime in the 1990's but the property never fully closed with the remaining stores maintaining exterior entrances. This is one of the least known malls in the Houston area and never had the success that the larger regional malls had. 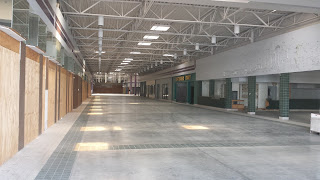 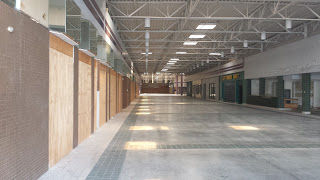 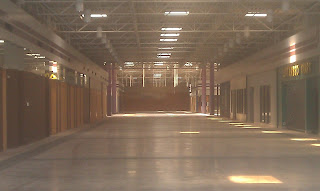 Now we move onto the back entrance of the mall where the Designer Depot anchor was located. 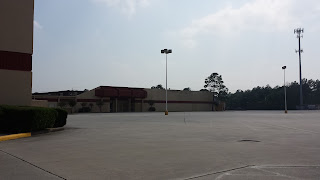 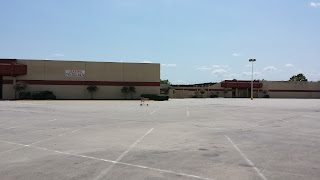 Here are photos through the glass at the other entrance to the mall in the above photos. Keep in mind that the Designer Depot closed in early 1987. This section of the mall is a time capsule of a typical 1980's mall. 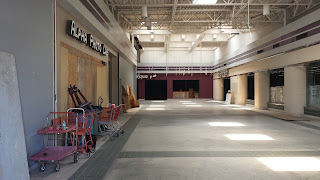 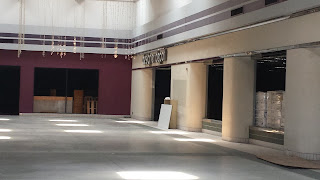 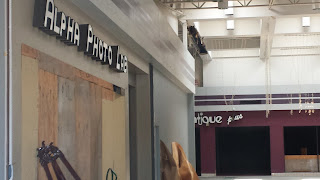